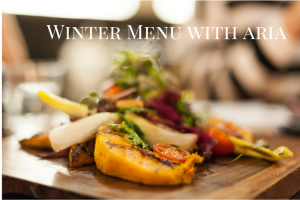 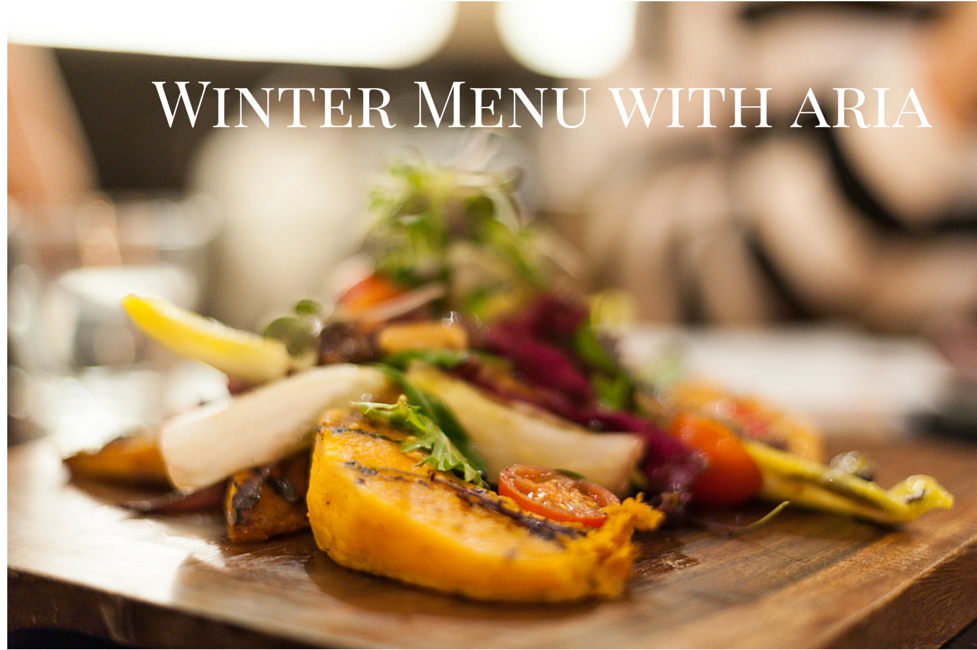 There are times where blogging really does have its little perks. Wednesday night was one of those times, where Edd and I were invited along with a bunch of amazing bloggers to sample the winter menu of Aria. First and foremost, we were invited to try the winter menu and see what we thought. This means that we did not pay for the meals, however we were not paid for our time or opinions and were under no obligation to put up a review.

The photos were too good (thanks Edd!) to not feature on the blog, and as always all opinons and words are my own.

Aria is the rather secretive restaurant in the Crowne Plaza Hotel. A place that I have walked past every day for the last two years without realising there was an exquisite restaurant located inside. Funny that.

Auckland is a city that in my opinion is blessed with a plethora of incredible eating options, ranging from cheap, hole-in-the wall eateries, to extravagant dining experiences where the money you pay can be steep, but the food you eat is another level of delicious.

Don’t read any further on an empty stomach..or, well preferably do but don’t say I didn’t warn you.

END_OF_DOCUMENT_TOKEN_TO_BE_REPLACED

So this Dumpling restaurant hidden under ugly bright green decor and a pretty plain sign is no secret from the Auckland hipster scene and I just could not help but feel slightly interested in what this Dumpling restaurant had that the 99 other dumpling establishments (on the same road) didn’t. I am not really a big dumpling fan personally, especially being allergic to seafood and finding hidden prawns minced up in all the “veggie” dumplings I try. However, one day last week Edd and I went with 5 friends from work out to test out the dumplings and judge it for ourselves.

The service was lackluster which is kind of part of the charm of this no frills, no nonsense dumpling paradise. Don’t bother asking for a fork or expecting everything to come at the same time with a smile because odds are it won’t. I wasn’t too fussed as I knew this going in and was just looking for a decent feed and a good night with friends. Well both of those expectations were met and exceeded.

So I guess I should discuss the food. Dumpling wise we chose the lamb and chilli, chicken with mushroom and spring onion and beef with …. maybe capsicum? I would like to try the Pork and Chives which I heard lots of good things about but this time around we were accommodating for my intolerance of seafood and someone else’s non-pork preference. The dumplings are approx $12 for 20 and you choose them to be either fried, steamed or boiled. We tried one with each method to test it out and figure out what we preferred. The dumplings were nothing short of delicious. The fillings were tasty and fresh and the dumpling pastry was light and perfectly cooked. My favourite method was having them steamed with the fried dumplings next on the ladder. The boiled were my least favourite and I would skip that next time.

Aside from the dumplings there is a big menu of stir-fries and side dishes. The advice I had heard was to pretty much ignore everything except the dumplings and the fried french beans. We (stupidly?) decided to get a dish of fried rice which was very generous and was a nice little way to soak up the juices but in all reality was a very average fried rice. It kind of seemed like just boiled rice with some frozen veggies stirred through. Very average but if you need some carbs it does the job.

The french beans on the other hand were a whole other story. On the menu they sound a bit strange (Fried french beans with seasoned salt) but once at the table these were a definite crowd pleaser and my favourite thing from the whole night. The beans were fried in a crispy light batter (similar to tempura) and sprinkled with the most delicious “seasoned salt” I have ever tasted, Salty, spicy and full of amazing flavour I could have taken a whole plate of these home for desert.

All in all we each paid $10 each for our delicious meal and yet were very full and extremely satisfied. The only change I would make to Barilla would be to make it BYO because the lack of alcoholic options was dissapointing for some (personally the endless tea did the job quite fine for me!). Would I go back? In a heartbeat. Delicious and yet affordable and a great option for a big group of people who want an affordable night out. We are already planning our next trip.

Go try Barilla out! Its situated at 571 Dominion Road, Balmoral (close to St Lukes and to Mt Eden) and is open 11.30am-12am so perfect for a family lunch in the holidays or a dinner with a big group of friends. And don’t be put off by a D rating that they became a little infamous for, they now sit pretty at an A to the delight of many Aucklanders (hipsters and average Joes like me included!).

p.s. Please excuse the very average iphone photos. I would feel like a bit of a weirdo with our heavy duty Nikon out at the dinner table and was a little too distracted by deliciousness to take good photos. You really have to try it anyway, photos can’t do justice.